International flights outside of South America usually land at Ezeiza. If you have a connecting flight in Brazil, or another neighboring country, before arriving in Buenos Aires you’ll most likely land in Jorge Newbery. If flying from North America, Europe or Australia, you’ll most likely be flying into Ezeiza. It is extremely important that you understand that there are two Buenos Aires airports. This may sound a bit obvious, but you’d be surprised at how many times people overlook this detail.

So what do you need to know about the Buenos Aires airports?

Ezeiza International Airport is located 22 kilometers (14 miles) south of Buenos Aires Capital Federal. As the country’s largest airport, 85% of all international traffic passes through Ezeiza. The airport is named after the former general and politician Juan Pistarini. Together with former President Juan Peron the airport was opened in 1946 and at the time was the third-largest airport in the world. 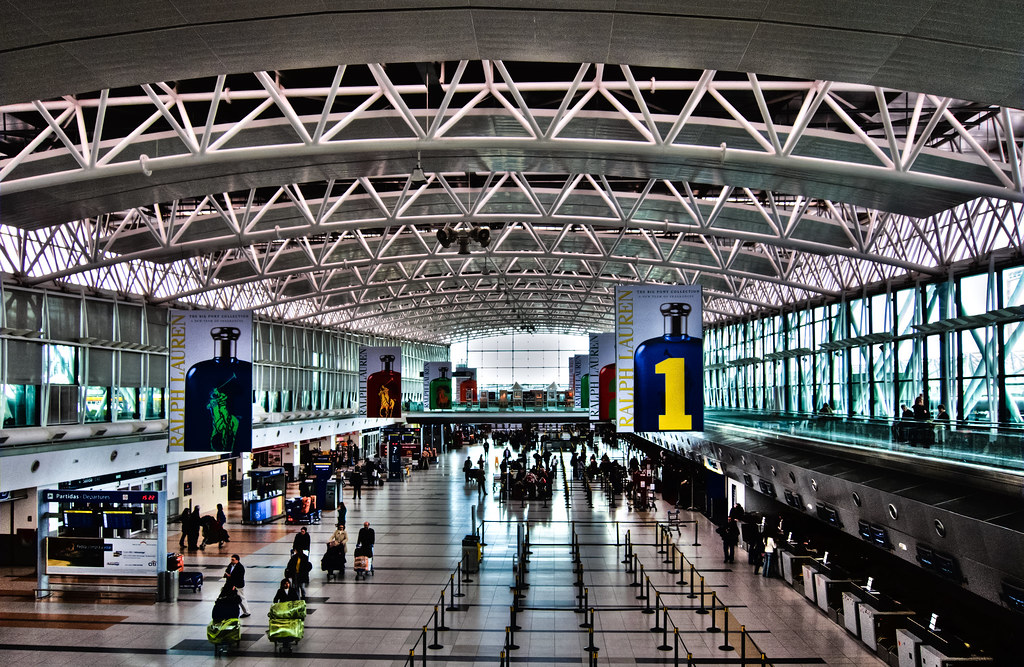 Last year the customs and immigrations terminal was renovated and international reception has become much more fluid and convenient for travelers. So how do you get to Buenos Aires from Ezeiza? As in many situations in life, there’s the easy way and the hard way. Let’s start with the hard way.

If you’re on a budget and/or have two and a half hours to kill, then the #8 bus is for you. This bus line will take you from the airport down Rivadavia Avenue, the longest avenue in Buenos Aires, until Plaza de Mayo and finally to Retiro train station. In order to ride the #8, first you’ll have to buy a SUBE card at the airport terminal. The SUBE is a public transport card that is used in all forms of public transportation in Buenos Aires (subway, bus & train). In 2015 you’ll pay between $25 & $30 pesos for the card alone. Then you’ll have to charge the card with enough money for a few fares; each ride costs between $3.00-3.50 pesos.

Once you have your SUBE charged and ready, head outside with your baggage and walk past the Banco de la Nacion, which is about fifty meters from the terminal and you’ll see the #8 bus stop. The bus usually arrives every 15 minutes and because you’ll be at the terminal, you’ll always get a seat. Expect a long ride. Although you might be jetlagged, excited and pumped-up about getting acclimated, you’re going to have to wait. So relax and don’t expect a quick journey.

Although taking a taxi is the fastest and most direct route from the airport to your hotel, make sure you establish a reasonable price in pesos with your taxi driver before getting in the cab. Therefore if you haven’t exchanged money in your home country, you’re going to need to get some pesos at the terminal. Make sure you’re paying a fixed rate and that won’t change when you arrive to the hotel. Even though it hardly ever happens, if you feel threatened or uncomfortable do not hesitate to open the door and call the police. Buenos Aires is one of the safest cities in South America and there are plenty of people that will help you out.

One thing to keep in mind with airport shuttles: many don’t offer weekend service. You can ask a representative at the information desk which services are working the day you arrive at the airport. One option to look for is the Manuel Tienda León Bus Company. Usually very reliable, Manuel Tienda León offers a shuttle bus that goes from the airport to downtown areas that departs every 30 minutes. It is an inexpensive option, compared to a taxi, but can take 1 – 1.5 hours to get downtown. Upon arrival at the Manuel Tienda León terminal you will be able to take a taxi, if you’re not within walking distance, to your hotel.

This Buenos Aires airport is located just 2 km north of the Palermo neighborhood. If your flight lands here and you’re staying in the city, expect less travel inconveniences. There are two options for arriving safely to your destination.

If you want to take the bus and are familiar with the city these busses will take you from the airport to Plaza Italia in Palermo. The #37 continues past Plaza Italia through microcentro until the Congresso neighborhood. Both are reliable lines that have many busses that pass frequently. A trip from Newbery to Plaza Italia shouldn’t take you more than 20 minutes.

If you choose to take a cab remember to get a price estimate before getting in the cab. Make sure the cab is a registered yellow cab. If staying in Palermo you shouldn’t pay more than $75 pesos, and no more than $100 pesos for Microcentro.

For more information about Buenos Aires airports and other helpful Argentina travel tips, check out more of our blog. Or to start planning your trip to Argentina today, contact Say Hueque!

Want to travel to South America?

Your subscription has been added.